Paying for the actual miles driven is slowly but steadily gaining ground in the United States. The pay-as-you-drive (PAYD) system is currently used in 34 states and will soon go nation-wide.

How Does Pay-As-You-Drive Work?

The system is as simple as it can get. You receive the benefits of a full-fledged comprehensive insurance, but only pay for the miles you plan to drive. You can estimate a minimum mileage at the beginning of the year and buy more miles as you need them. Unused miles can be carried over to the next year and never expire. 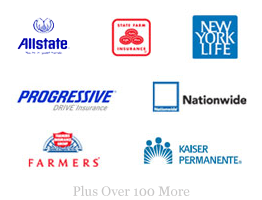 The History of PAYD

GMAC Insurance was the first company to introduce the PAYD system in the United States back in 2004 with telemetric machines provided by OnStar. Subscribers can benefit from GMAC’s innovative Insurance Low-Mileage Discount. OnStar customers who drive less than 15,000 miles a year can sign up for GMAC’s program and earn discounts of up to 54% of their premiums.

New GMAC Insurance customers who install OnStar devices on their vehicles receive a discount of around 26% upon enrollment. The odometer readings are periodically sent by the OnStar software to the insurer’s servers and the discount is adjusted with the tiers according to the number of miles driven.

Most major insurance companies offer pay-as-you-drive coverage these days. If you have a car that you drive every once in a while, it would be advisable to try the system out.

The Flaws of PAYD

The system has been frowned upon by some state regulators and motorists who were being overly cautious about their privacy. They were arguing that the system might send out more information that the number of miles driven; to some extent, these claims are true. The software used by Allstate and Progressive, for instance, also tracks your driving behavior. It records whether the car is driven at day or night, as well as your acceleration and braking patterns. Moreover, it notifies the insurer when you drive over 80 mph, and the Allstate Drive Wise website specifically notifies that such speeding is grounds for a surcharge.

Manufacturers and insurers assure us that no telemetric devices used by the PAYD system contain GPS trackers or cameras. The insurer won’t be able to tell, for instance, if your car has been parked for a couple of hours in front of a pub or it was driven by someone who has specifically been excluded from the policy. Some devices do, however, have GPS capabilities and can display maps just like a regular GPS device.

Who Can Benefit from PAYD?

PAYD can and will help a lot of people who are willing to be monitored. It permits individualized coverage straight from the first day, which is particularly useful for drivers who don’t fit their risk category. It is a wise choice, for instance, for teenagers who drive safely and deserve better rates than the average motorists of their age group (drivers between 16 and 19 pay at least $3,100 a year for car insurance, which is more than double the rate a 40 year old driver would be charged).